The natural ice rink at the Wychwood Barns is huge, but still has some little bumps of dirt showing through. Councillor Mihevc happens to be walking by, and he's willing to pose by the rink. He says he's just on his way to the house of one of the main rink builders. "It's a lot of work." 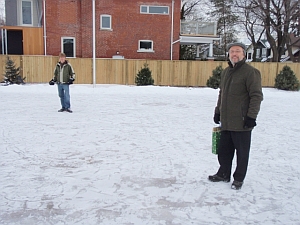 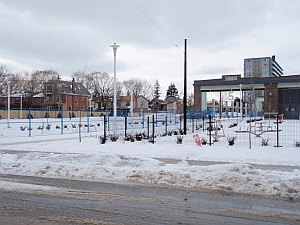 the view from far

By the time of the farmers' market two days later, the protrusions of dirt have disappeared, and a lot of the rink looks skateable. 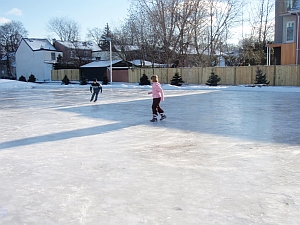 this rink is big, and on January 3, skateable 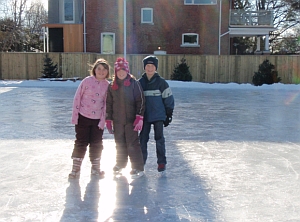