Trinity rink has been without ice since the beginning of the season over two weeks ago, waiting for the official opening by the Toronto Maple Leafs, who are coming to practice. Their "Team Up" foundation is doing various little rink "makeovers," mostly involving replacing the wooden boards with fibreglass boards. In the case of Trinity Rink, they've also expanded the size of the windows in the changeroom, a renovation which should make a nice difference to the ability of parents trying to keep warm, to see their kids out on the rink.

Some skaters and rink staff feel that using fibreglass boards meant for indoor rinks is not a good idea for outdoor rinks, because they reflect the sun more and cause the ice to melt much faster by the boards, in later rink season.

The zamboni from Wallace Rink was deployed to Trinity rink most of the day, to give the Leafs a perfect sheet of ice tomorrow. That left Wallace Rink without any ice maintenance at all until about 4 pm, even though the rink was crowded with skaters off school for the holidays. Priorities are set far away, related to image more than people. Interestingly, neither the Team Up Foundation website nor the MLSE website nor the Leafs website say one word about this -- no press release, either.

From the Friends of Trinity Bellwoods e-list:

Trinity Bellwoods Park Outdoor Ring Refurbishment Opening! You're invited to the Toronto Maple Leafs (for real!) outdoor practice at our ring Dec. 22 at 10:30AM. Public skate to follow at 2:15pm. Yay, the rink is open, the rink is open! Thank you 'Team Up' Foundation. 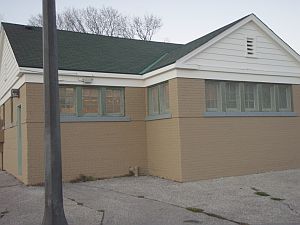 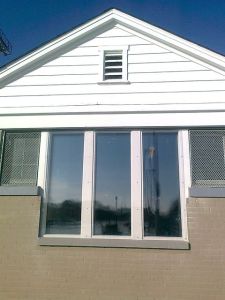 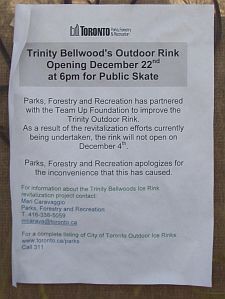 poster saying the rink is closed until Dec.22 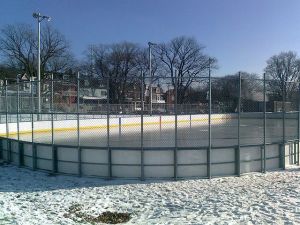 pristine sheet of ice waiting for the Leafs 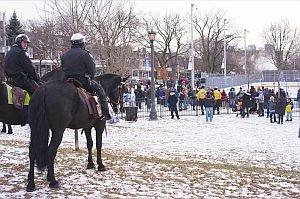 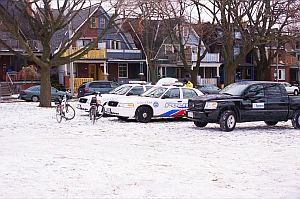 lots of security and police 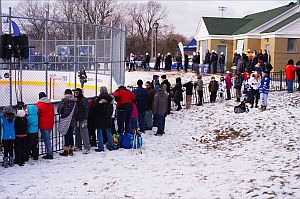 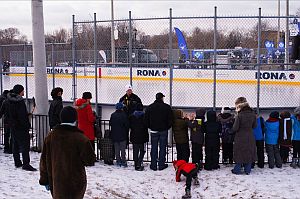 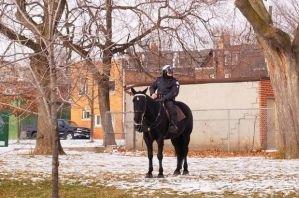 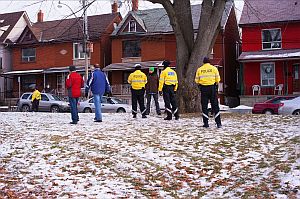 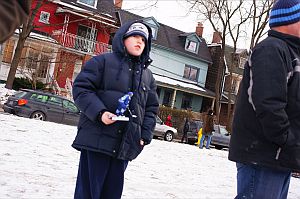 he brought his little figurine 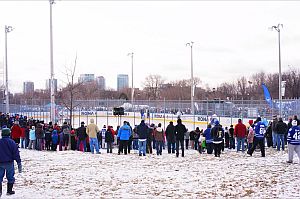 TV trucks at the west of the rink

The big MLSE (Maple Leafs Sports and Entertainment) machine rolled into the park, to finally open the rink for the season. Barriers were put up around the rink change room and the media/rink access area. Security staff and police were much in evidence. A newspaper photo showed the Leafs racing up and down the ice as though at an ordinary game, but for spectators, the experience was more remote -- though not without its thrills. 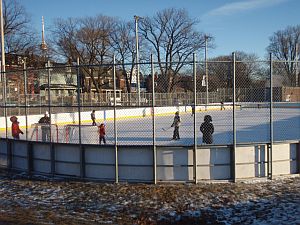 parents and kids on Boxing Day 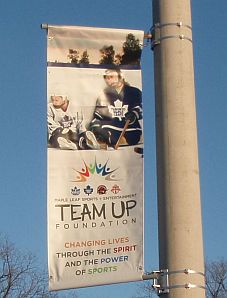 At 3.30m p.m. the rink had a mix of shinny hockey players (parents and kids) and pleasure-skaters on it. The change rooms were locked.

The giant in-your-facec Rona logos were gone from the rink boards, leaving the MLSE signs, on both the boards and the banners (hung from every rink light standard).

On Sunday, February 20, 2011, 3-5pm you are invited by Councillor Mike Layton, Ward 19, Trinity-Spadina, to join him at the Free Family Skate at Trinity Bellwood Ice Rink. So bundle up and come out for a skate (on our lovely refurbished rink!), enjoy some hot chocolate & cookies! Meet your City Councillor and representatives from the Friends of Trinity Bellwoods Park (FoTBP) & The Trinity Bellwoods Community Association (TBCA). See you then!