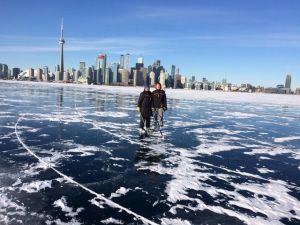 From Peter Kuitenbrouwer: Around a dozen people went out on the eastern harbour, mainly from the Cove or First Street beach. There is a lot of black ice. Around 6 inches thick mostly. Further to the east there's a clear delineation where the new ice formed, with thousands of frost flowers, just last night - unsafe. Then there is the ferry channel to the west and rough ice toward the city. So the skateable area is well defined.

Some of us are going back around 5 pm for a sunset skate.

There is ice on the lake seemingly to the horizon. It looks as if it's snow covered, but actually it's more of the frost flowers. I tested thickness - around an inch and not safe for skating. Who knows what tomorrow might bring? Close to shore at Ward's beach the water is very shallow, so maybe we will give it a try at least there. 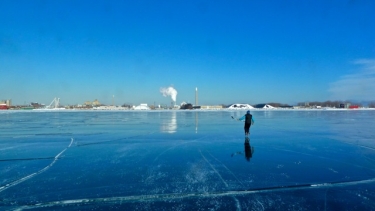 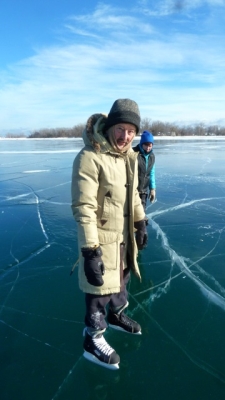 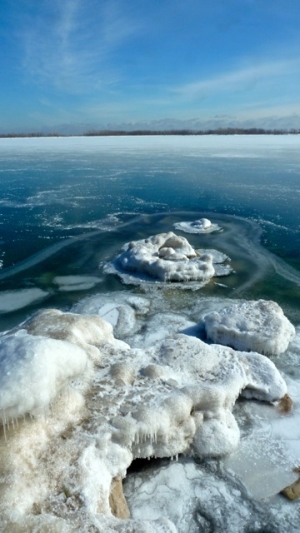 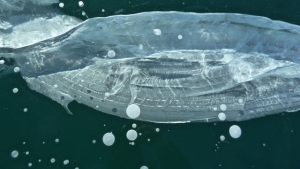 There's some wonderful clear black ice in the harbour, the closer to Toronto the blacker and smoother, and the cracks you see all seem to go down about a foot.