This rink is scheduled to open on the 21st of November. At around 2 pm there were a bunch of staff, workers, and management at the rink. Parks crews said that they were hoping to start cleaning the pad and making ice but that they couldnt get access to the building because of the maintenance. The general sense was that it would be unlikely that the rink would open on time. Management type people on the roof (that also looked like it was being redone) said that opening would be weather-dependent.

This rink will not be opening on schedule. There is little to no water on the surface and the compressors are clearly not on. Building still under construction, and is not accessible. 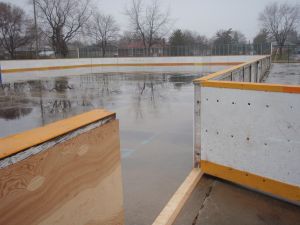 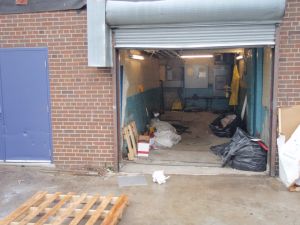 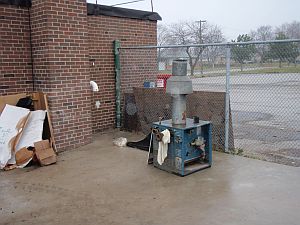 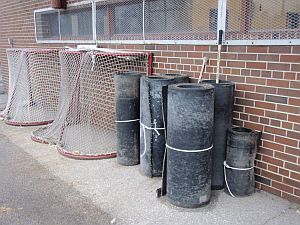 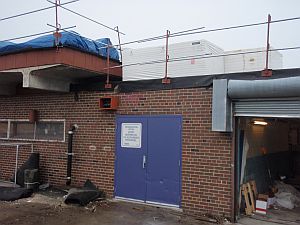 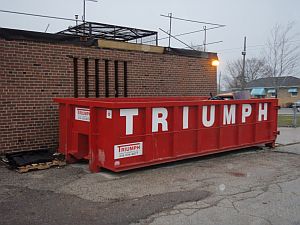 dumpster for the old stuf 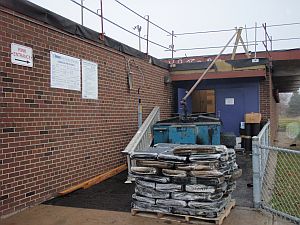 tarring machine for the roof

On this visit, there were no rink staff around, but the workers said it would be a week or two before the work was done and ice-making could begin. Inside the rink building, a worker was laying a new floor. Two others were installing a new heating system, but the roofers were not there because of the drizzle -- roofers don't work in the rain.

This rink looks in great shape -- beautiful ice, fresh paint in the changeroom, staff on site, all the construction rubble cleared away -- but it's not open. (It was supposed to open on Nov.21).

Despite Ms.Battaglia's e-mail, the ice maintenance staff person says the rink won't open until Dec.5, along with all the other city rinks. However the 311 line says it will open when construction is done. 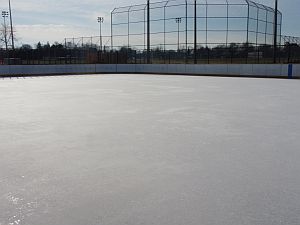 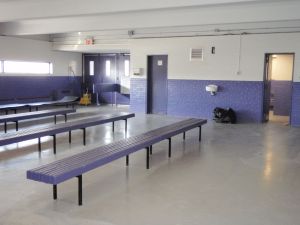 I was at Sunnydale today -- the ice looks great, the place is all cleaned up, but the staff person on site told me they are not allowed to open until Dec.5, i.e. at the same time as all the other rinks.

In the e-mail below, Ms.Battaglia suggests the rink would be open already, and it certainly seems ready to go. 311 has no updated information.

Sunnydale opens, in the evening. 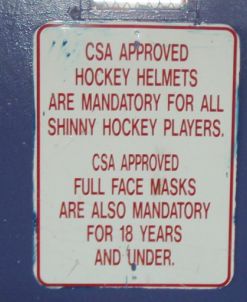 one reason why the kids don't come 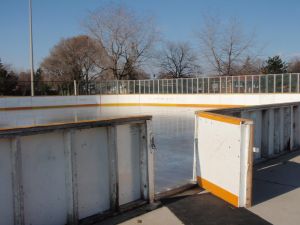 ice is fine, but no skaters

At 12 noon on a P.A. day when all the primary schools are closed, Sunnydale Rink is open. But there's not a soul there except for the two ice maintenance staff and a painter doing the last touch-ups from construction. The maintenance staff say that people will find out the rink is open when they come by. But there's no sign, and the chain-link gates are locked (just the front door is open, but that's not evident unless you actually try the door handle). 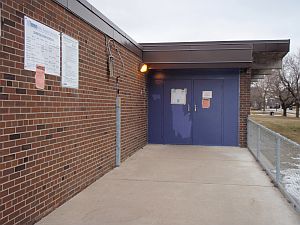 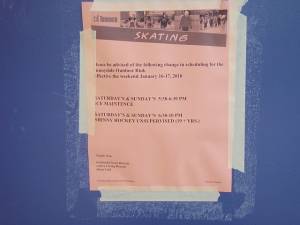