Phone call with Paul Saracino. He said that in the whole period of time Summerlea Rink was closed with no sign of explanation of it (26 days), not ONE person called the councillor's office to ask or to complain. Does anyone care about this rink?

I was informed that the rink was reopened today. They told me the rink pad was leaking brine and there were other issues related to the chilling plant that delayed the reopening of the rink.

The rink compressor is turned off. Summerlea is one of the city's 51 compressor-cooled ice rinks, so it ought to be running fine up to 10 celsius. If the water pipes froze up during the Dec.22 ice storm, when will they fix the pipes and let people skate again?

This rink has been out of action since the ice storm on Dec.22. Today the compressor is not on. The rink is locked, but with NO signage stating that fact or giving any information. The ice surface is bumpy with ice in the same way that many park surfaces have bumpy ice at the moment. 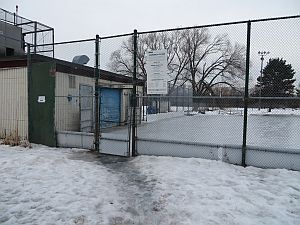 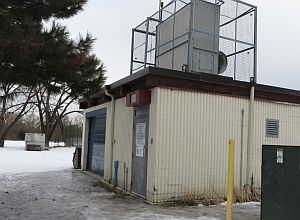 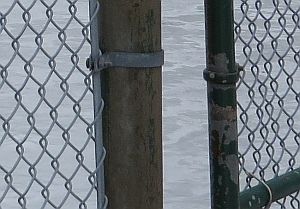 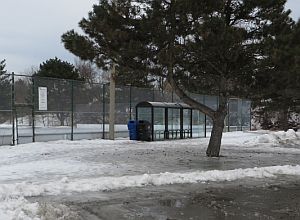 ingenuity: bus shelters for changing skates
hosted by WordAndData.com | powered by pmwiki-2.2.80
Content last modified on December 08, 2014, at 08:54 AM EST