Councillor Michael Thompson tried to make a motion to included the rinks in the community centre discussions, but that was ruled out of order. We're still transcribing bits of the tapes we made, see News, because some discussions relevant to the rinks did creep in anyway, for example this exchange:

Councillor Karen Stintz: in the legal opinion we have, it indicates here that only council may amend the city budget.
Chief Administrative Officer Shirley Hoy: I did not amend the budget approved by council. What we have done is managing the delivery of services  just two things  how we deliver, and the service level.
Councillor Karen Stintz: but in fact, the delaying of the skating rinks is an absolute effect on the 2007 budget, because what weve said is we wont open skating rinks at all in 2007.
Chief Administrative Officer Shirley Hoy: the service level is reduced.
Councillor Karen Stintz: Actually that service is eliminated for 2007. The rinks are not supposed to open until. January 1 2008.
General manager of Parks, Forestry and Recreation Brenda Librecz: no in 2007 we actually operated from January to March.
Chief Administrative Officer Shirley Hoy: we didnt cut it. The season is reduced. Within 07 weve already provided that service from January until March. 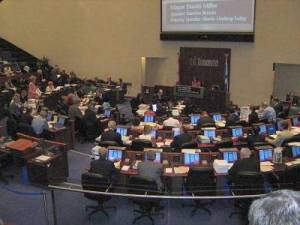 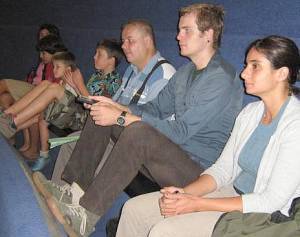 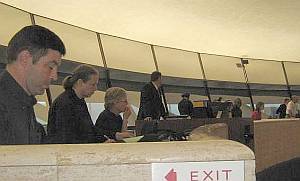