There are no staff in evidence but the rink has been thoroughly cleaned on both sides. Ready to make ice -- but the opening has been postponed by a week. 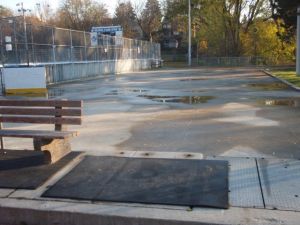 clean concrete slab on the pleasure-skating side, mats out 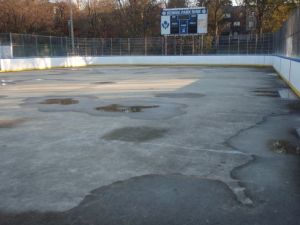 clean on the hockey side -- but no ice allowed

Rennie Rink is open, both sides. Ice is good. 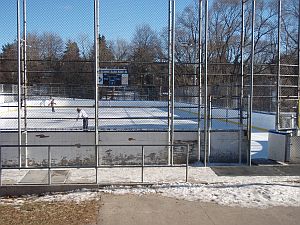 At 11.15 a.m. the ice looked fresh, and people were arriving. Only one net was on the ice and one of the gates had been opened wide, even though the schedule said it was shinny hockey time.