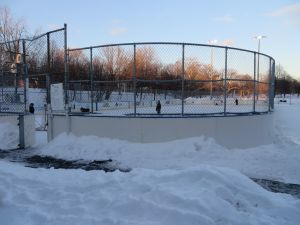 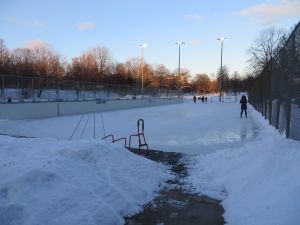 I have no idea if this will be useful to you, but I just thought I would send some comments on Ramsden which I went to last night for the 5:30-8:15pm 19+ shinny...at least the 45 minutes of it I lasted for.

The ice condition was good, more than thick enough for a game. It was busy but well organized so quick changes and a fast pace even with 4 on the bench, although only briefly. Staff were incredibly friendly, helmets are mandatory, and they were able to lend me one (even said "no, thank you for wearing a helmet" after I had thanked them). They even treated a guy who was cut by an errant stick. Anyhow, A+ experience.