You are on the [Rink Diary] page of folder [Pleasantview Rink]

Listed as open again for the first time.

This rink has stayed with its "closed" listing since the 27th -- it appears that none of the North York rinks have been updated since then.

After the snow last night, the rink is listed as closed for the first time since December.

This rink was supposed to open today, but it was listed as closed all day.

The rink was empty most of the evening aside from a mother and her 2 kids learning to skate and later a teen playing hockey.

The area between the benches and the rink are not cleared of snow. 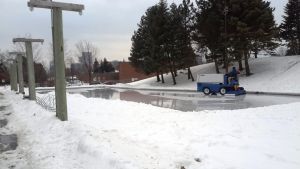 the zamboni from the indoor Arena is shared 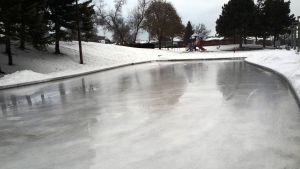 the ice was mostly empty 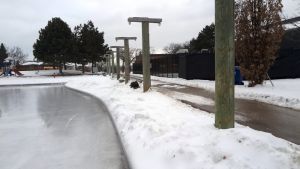 the bench for skate-changing is stuck in snow 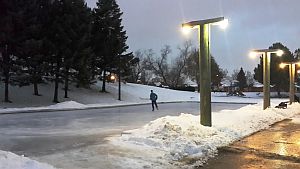 This rink closed for the season on March 11, even though it was scheduled to keep running until March 20.

skaters on opening day, although 311 says its closed

4:30pm: Though listed on the city's website as closed, 311 reported that this rink was open for public skating from 7-9pm tonight. On arrival it was clear that they had given me the information for the indoor arena by mistake, and when I phoned back they said that the outdoor rink was indeed closed, and that they didn't know when it might open.

The outdoor rink in back of the community centre was covered in frosty snow, but had hard ice underneath. A pair of pleasure skaters were a skating around, the boxes from their brand new skates open by the side of the rink. There were no staff nearby.

From rink user Rafael Lewis: I visited the Pleasantview rink today at 11 am (listed as operational under the citys website), but it seemed to be deserted and covered in snow. Doesn't seem usable at all. 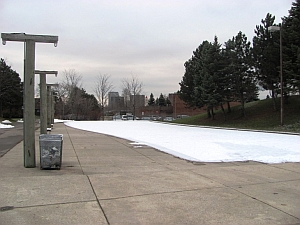 covered by snow, no ice maintenance 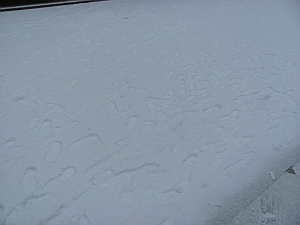 footprints on the snowy rink

From rink user Rafael Lewis, around noon: Most of the rink users were shinny players taking shots at the net set up at one end. The ice wasn't in the best condition, but you could skate on it. There were only 2 benches close to the rink, which was pretty inadequate for the number of rink users there. The rubber mats from the benches to the rink were covered in snow. I wouldn't have even seen them, if one of the guys didn't mention it to me.

Aside from me the only other pleasure skaters there were a couple teaching their little one to skate. Everyone else (about 10 other skaters) were there with hockey sticks. 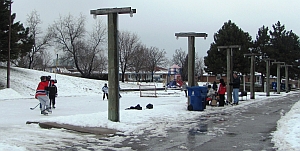 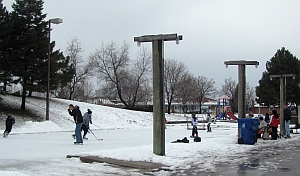 7:50pm When a CELOS researcher calls, he's told the outdoor rink is open, but skaters should be careful because the ice is soft along the edges, 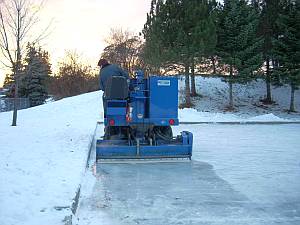 There is a Zamboni at the rink

4:30pm The rink is behind an indoor arena. No one is on the ice, which appears to be in good shape. The Zamboni pulls out of the garage to clean the ice. The driver says that the number of skaters varies, but the rink does get busy at times. There are benches and lights along the side of the rink.