The phone at the front desk of Wallace Emerson Community Centre at Dufferin and Dupont rings daily with the same question: What's up with the pool?

The indoor pool closed last fall for the installation of a new filtration and humidification system, at a budgeted cost of about $679,000. Signs around the busy facility, which runs programs for kids, adults and seniors and has a full weight room, gym and outdoor rink, said the pool would open again - last January.

But there's still no swimming at Wallace Emerson. In fact, the date for he pool to be full of water is now mid-November.

The delay is due to a series of unfortunate events. "When you're working on an old building, there are always issues," says Daniel McLaughlin, projects manager for capital projects for the City of Toronto's Parks, Forestry and Recreation. 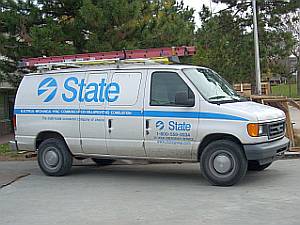 CELOS researcher: "Men were working on the pool today. Their truck was parked on the rink pleasue pad." 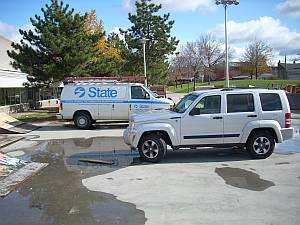 CELOS researcher: "There were workers at the pool again today." 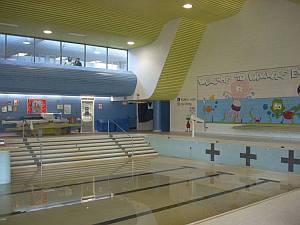 CELOS researcher: "There were no workers on site when I stopped by at 2:30pm. The doors to the pool were shut, but a gap was left open for two hoses. The hoses were draining water from the pool into a sewer grate outside." 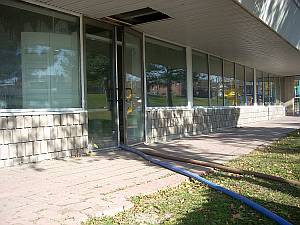 Hoses draining water from the pool
Click to enlarge 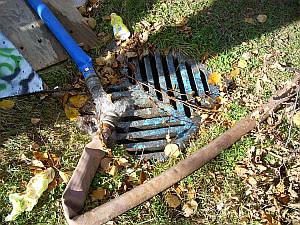 Water from the pool emptying into a sewer grate
Click to enlarge
hosted by WordAndData.com | powered by pmwiki-2.2.80
Content last modified on May 05, 2014, at 09:21 PM EST