The city website says the rink will open on Dec.5, but the people at the community centre say it won't open until a week from today, at the earliest. There are construction signs on the fence. The rink has new boards installed, but two workers are hammering and screwing a new swing gate in place, between the hockey rink and the pleasure-skating rink. 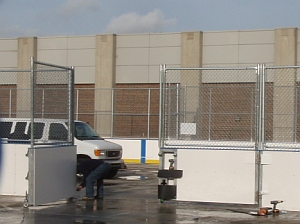 still working on the swing gates 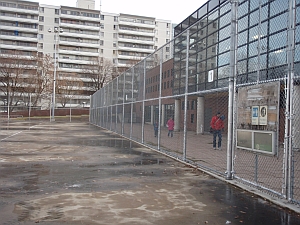 rink is locked, no ice 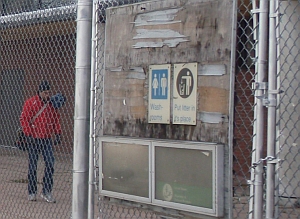 rotting bulletin board is empty

There is nowhere a sign explaining the delay in opening or giving an alternative opening date. 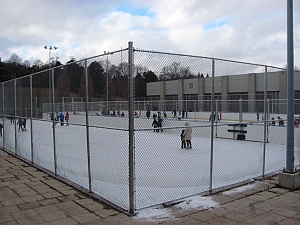