It looks like there's a lot of work left to do. Three CIMCO repair guys were overheard sounding somewhat grouchy and discouraged in the compressor room. The header trench was open and some of the pipes had been taken out. They are very rusty. 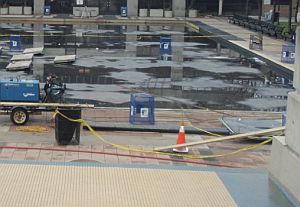 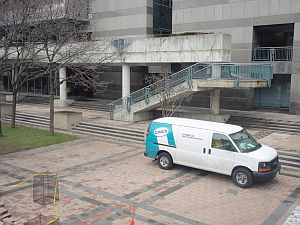 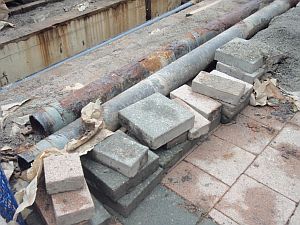 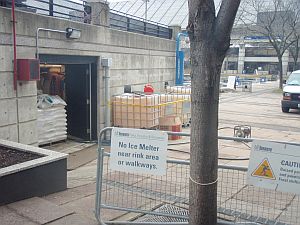 Message from city staff to 311: "The rink was supposed to open November 23rd, but our equipment stopped working, and is now under priority construction without an estimated time yet. We will be putting up signage, and letting 311 know as soon as its fixed and we have an open date. We are hoping soon"

The rink is CLOSED, with barriers (including yellow danger tape) all around it. Looks like some of the covers for the header trench are propped up on the rink. No other information, except a beaten up old sign saying "No skating." 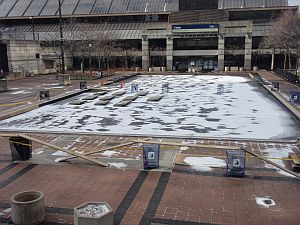 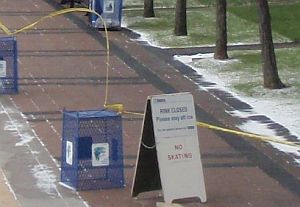