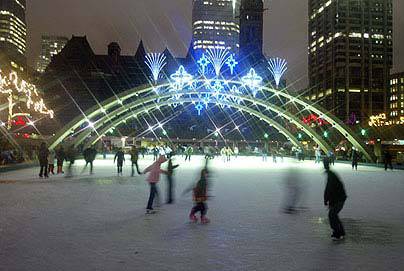 RON BULL/TORONTO STAR FILE PHOTO
Torontos artificial outdoor skating rinks will not be operating
for the full season this year in order to save money.

After a sometimes nasty debate, councillors voted 18-13 to keep the rinks closed, defeating a motion by Councillor Case Ootes to keep them open an extra two weeks because of the persistent cold weather.

Parks staff said reopening the rinks could cost up to $266,000. Contracts to maintain the freezing equipment have expired, and 55 seasonal staff who run the rinks have already been let go.