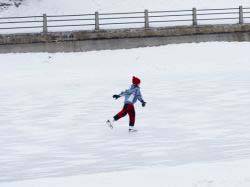 Shelley Carroll said Ootes has been taking advantage of public confusion and not telling the residents of Toronto the whole story.

"Councillor Ootes is taking advantage of confusion out there over cost-containment measures that happened in 2007. There are none with respect to skating in 2008," Carroll said.