By: Donovan Vincent, Vanessa Lu
City Hall Bureau
Published: February 05, 2008
Source: The Star
To read the article in The Star 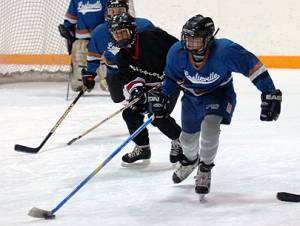 Fees to rent city-owned soccer fields, community pools and ice rinks in Toronto would rise as much as 34 per cent under proposed increases to the city's 2008 operating budget.

The changes affect permit fees and would mean that, for instance, the cost to rent a city arena for a child's birthday party for one hour would cost $330.96  an increase of $83.79. That arena rental is the biggest increase at 34 per cent but competitive youth hockey leagues would see an 18 per cent increase and community youth house hockey leagues a 10 per cent increase for ice time. When the increases would take effect is not yet clear.

It would be an extra cost the city's young hockey players can hardly afford, said Greater Toronto Hockey League president John Gardner. Even now, he said, the league must charge a $5 per person admission rate for competitive hockey games  including players and parents  just to cover ice rates.