The Star: A massive new rink in Mexico

A massive new rink in Mexico introduces thousands to the joys, and perils, of ice skating 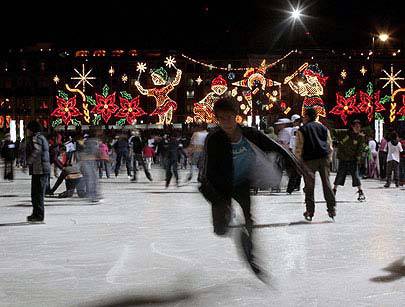 MEXICO CITYGrowing up in a poor section of Mexico City, the closest 10-year-old David Contreras had ever come to the sport of ice-skating was watching other people do it on television. Early this month, however, he and 139 classmates from the Diez de Mayo Primary School in Iztapalapa got special passes to experience the slippery challenges of an ice rink for the first time. His verdict: "It looks easy, but it's not."

Taking off the red-and-black Softec skates available to the city's novice skaters, he adds, "Yes, I would like to come again. Maybe then I won't fall as much."