There's an entry in inside Toronto explaining a bit about the McCormick Natural Ice rinks. Here's a snapshot.

Friends of McCormick Park are planning on flooding a skating rink in the park this winter (weather willing). This project requires volunteers, people to commit to an initial flood and then maintenance flooding to keep a 3 inch or more ice surface going. If you are interested in helping out please email me at [email protected] and I will put you on the volunteer list, let you know about orientation etc.

All the best, hope for snow!

Flooding of McCormick Park Rinks starts today. The plan is to make two rinks by the baseball diamond.

Ice-making in McCormick Park will start at around 3 p.m. today, January 1st, and continuing until at least 8 p.m.. If you have expertise to share, are interested in learning how to flood, or just want to check it out and talk to your neighbours while kids run around in the snow please drop by what used to be the baseball diamond. There will be cookies and we are trying to transport hot chocolate.

''Editors note: The flooding continued till 11pm - below is a picture from the Friends of McCormick Facebook Page at the end of Day 1 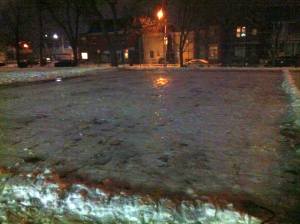 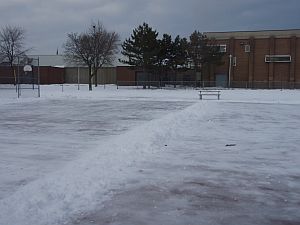 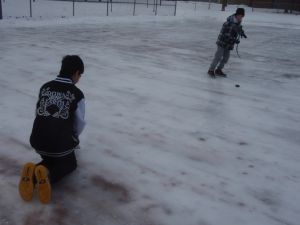 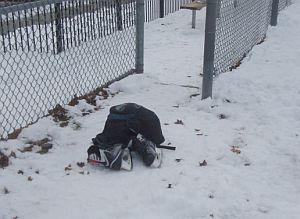 "skates might get dulled so we'll just use our shoes" 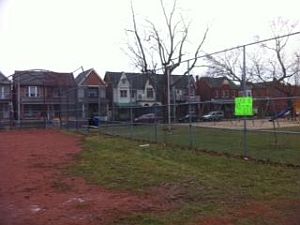 The ice is all gone from the big double pad -- the dark red sand surface of the baseball diamond may have helped the rays of the January thaw sun. The temperature went back down on January 20, but as of 8 pm there was no sign of flooding yet. 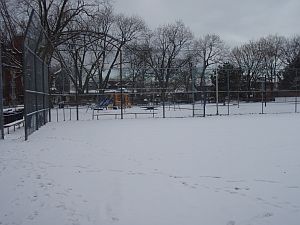 January 23: snow but no ice yet 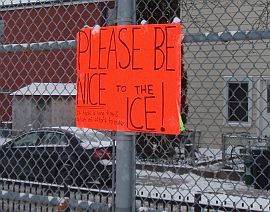 Thank you so much for featuring McCormick's ice rink. We are trying to get up and running to do a hose down this evening. We are watching the weather for next week, and we are hoping we will be able to pull the rink off before it gets too warm again.

We have a great group of volunteers involved from the community, and are looking forward to enjoying our first real skate sometime soon. 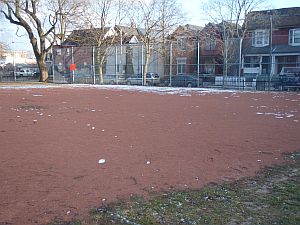 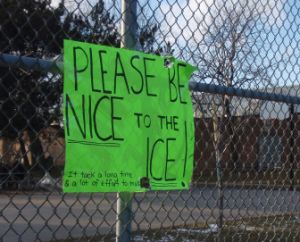 Come out and help re-start the rink in McCormick Park tomorrow. Email me for a time slot or just drop by between 10 and 4 and take a turn with the hose.