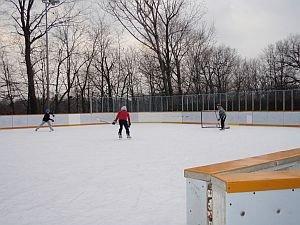 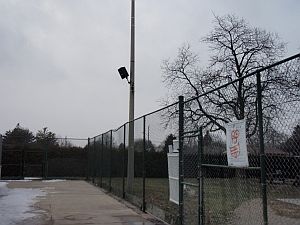 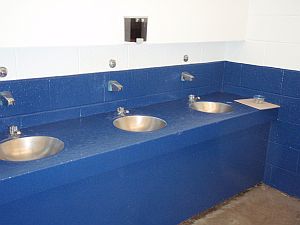 At 3.50 pm. there were 5 shinny hockey players on the rink with one rink guard, all with helmets. there were 9 people in the main change room and 5 more in a side change room, changing out of their full-equipment hockey gear. There was 1 woman, but the feeling was of a male locker-room. The zamboni driver was reading a newspaper in his office -- was friendly and informative about the rink. He said he considers it his job to make sure everyone is wearing a helmet. He said they don't have high numbers for shinny but they have regulars. The scheduled public shinny time is 4 to 5.30, but he says the first permit doesn't start until 7.15 so he lets the kids stay on longer.