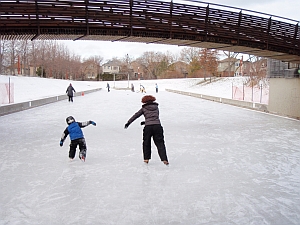 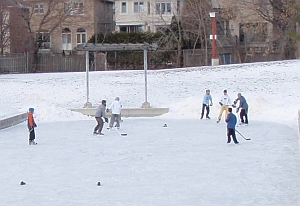 Recently we were invited to play shinny at Ledbury with 2 other families and when we arrived at 2pm and put on equipment the zamboni driver insisted there was no shinny until 4pm. On the parks website at Ledbury park there is even a picture and a description of part of the ice for pleasure and part for shinny and how well this works.

How do these seemingly arbitrary decisions about ice usage get made? How is it that these other two families were playing shinny the day before but not allowed to the day we all arranged to meet??

I have tried calling the number on the website (Elvie @ 416 395 6004) but she is on holiday! why would she be on holiday at the height of her busy time? Her voice mail left two other numbers - no one is answering even though it is Monday! Where is a proper schedule?

We are trying to keep three young boys busy outdoors over the holidays and your lack of coordination and community communication is startling and extremely frustrating.