Rink diaries from other years:

The rink was scheduled to be open on Dec.1, but opened today for the first time.

This rink is next to a school. At 3.35, the kids have already got their skates on, playing shinny. 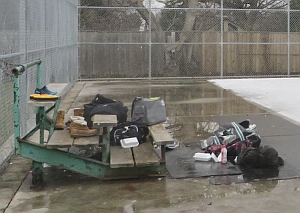 ten minutes after school gets out 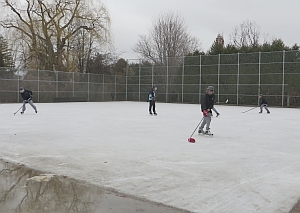 is this rink a bit of an orphan?

Ok ice and half a dozen kids skating. No staff visible and building was locked. Kids were using gloves for goal posts. No signs announcing opening date.

This rink is a textbook example of the wasted buildings (and under-used rinks?) in Etobicoke. At 9.30 a.m. on a beautiful Saturday morning in the Christmas holidays, one solitary boy was at the rink, taking shots on a half-broken goal net. The rink house looked like a solid building whose main feature is locked doors. 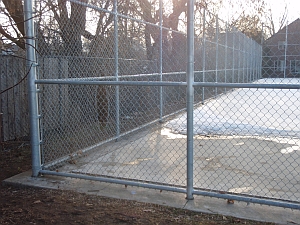 entry hole in the fence 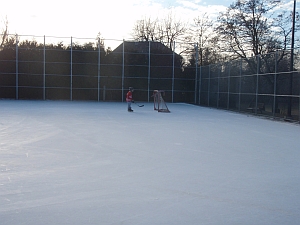 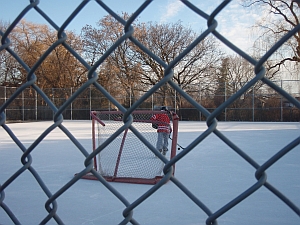 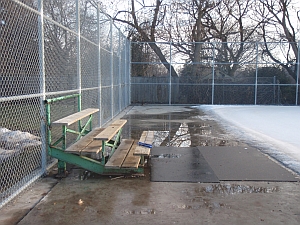 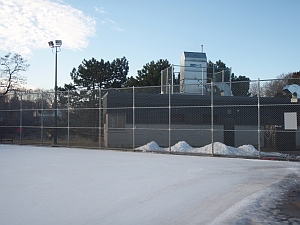 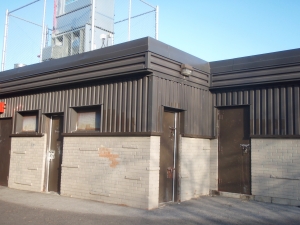 locked back of rink house 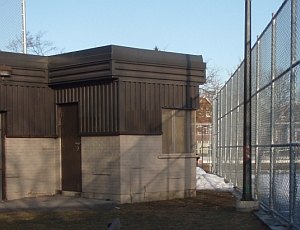 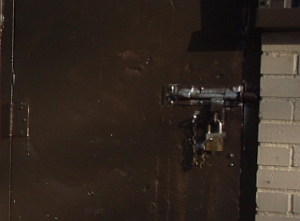 At 8 pm the rink was covered with snow and locked.

2:50pm A man is playing hockey with a young boy. He says the rink was rebuilt but there have been some problems.