The rink has been marked as open until yesterday and then it was listed as "snow removal in progress" (with over 25 cm of snow). At 10 a.m. it was again listed as open (the first one of the South district rinks).

A problem with the HOLIDAY HOURS: it appears on the city's rink information website/311 that almost all of the city's rinks will have their changerooms/washrooms locked on the three main holidays: Christmas Day, Boxing Day (yes!), and New Year's Day. You can skate on most of the rinks but you can't get your kids out of the cold to change their skates and you can't take them to the washroom. This is true for Jimmie Simpson Rink.

12:10pm: The rink was locked, with a few skaters checking out the ice from the other side of the fence. The two recreation staff in the nearby staff office said that they were having problems with the ice, and didn't know when it would be open. They said the zamboni crew had been here in the morning working on the ice.

I couldn't walk the ice, so hard to tell how hard it was, but it looked comparable to others I saw later in the day. A few puddles, possibly a bit thin along the edges, maybe a big soft along one side, and frosty in spots. The rink washrooms were locked. No benches, but some green picnic table piled nearby.

5:40 pm: It's raining, there's no one on the ice but there was a rink guard & building attendant in the office, one came out to ask if I was looking for info. He let me know that the rink is officially open and they'd have schedules to hand out this week. There's a sign on the ladies' washroom/change room saying 'the facility is closed for maintenance' but it was open. 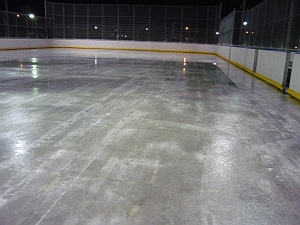 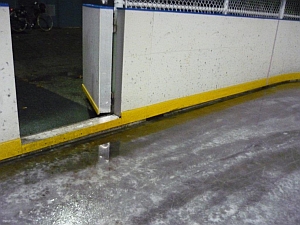 E-mail from rink user Shawn Knox: The Jimmie Simpson Park rink was cleaned once in 24 hours. I went for 1:00 shinny this afternoon and the ice was awful. Can we expect the ice at Jimmie Simpson park to be cleaned more frequently??

I live across the street from the rink and would love to enjoy the ice, however thus far the condition of the ice has been horrible. Thats not to say that when the ice has been clean its bad. The condition of the ice after its been cleaned with a zamboni is great! The problem is that the ice is cleaned so infrequently that the condition is awful most of the time. Maybe I am jumping the gun here, I realize that Its early in the season and maybe the cleaning schedule hasnt fully ramped up yet but the past two days I have gone over to play 1:00 shinny and the ice has been so bad that you can barley skate on it and when you try to shoot or pass the puck you more likely to hurl an avalanche of snow rather than a puck

Ive lived in the city for a few years now and have used other outdoor rinks within the city and have never had a problem with the zamboni schedule in the past, so I hope things will get more consistent soon because I would love to enjoy the rink this winter.

A handful of skaters were enjoying their skate at about 1:15 pm.

4.10pm: Staff in staff room said rink is open, but there were no skater on the ice. No hockey nets on the ice. The ice was wet in the middle of the rink, but the edges were ok. There was a rusty coloured (goal?) imprint that had marked the ice. The ice had been scraped. 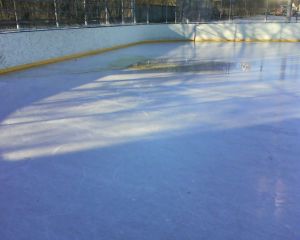 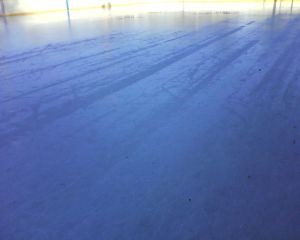 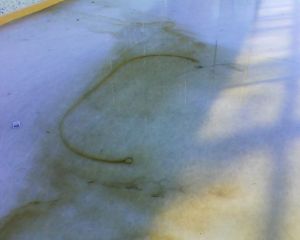 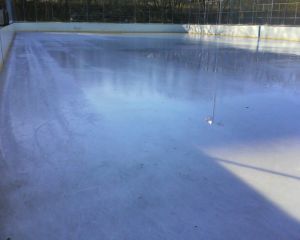 6 pm: - 9 skaters, both youth and adult playing shinny, about half wearing helmets

Can you please get the rink unlocked?

I need to get in there to replace the mesh on the hockey nets. While I was there I saw a few people with skates who were clearly disappointed. There is no need to padlock the rink in the daytime when people and schools could be using it. Can you please keep the rink unlocked, as the city agreed to last year?

Numbers at 3 pm: There were 16 parents and kids, all but 5 wearing helmets. Two girls inside, taking off their skates. Staff: one building attendant, off in a windowless office. 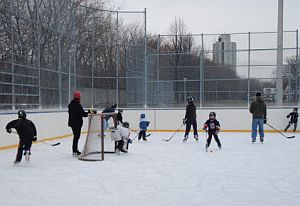 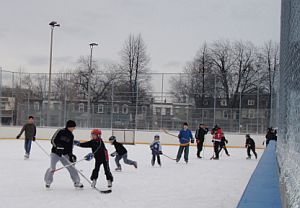 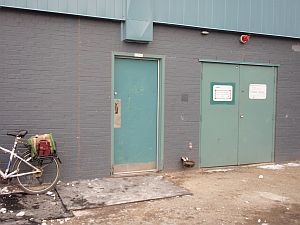 There were two lively shinny hockey games going on, and it looked like holiday activities with many dads, almost all wearing helmets.

The changeroom doors are only labelled as washrooms, and at first it seemed that the women's entrance was locked. The building attendant's office is far away from the rink, and when I knocked on the door (which is labelled "office") he said I only need to push harder, that the door is stiff. He said I could go in the men's door as well, since there is no barrier inside. And indeed, the washroom/changeroom areas are connected. The odd feature is that the toilet areas have no separate doors and so the first thing you see when you enter from either door is the toilet stalls.

The change area is windowless and uninviting despite fairly new paint, and people in this neighbourhood seem to have voted with their feet -- this rink is not well-used, so it was a nice surprise to see all the family shinny.

A skating instructor told me that their "Hockey in the Neighbourhood" program, equipped by Maple Leaf Sports and Entertainment, is still going strong. He said it has 22 participants, with room for more.

Numbers at 8pm: elementary age shinny players 3 with helmets
9 pm: There were no skaters.