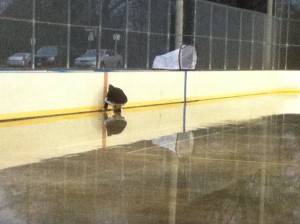 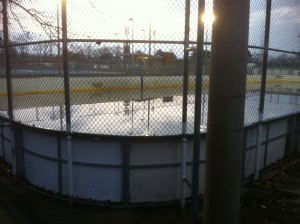 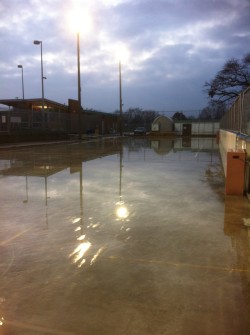 We went by to take a look at High Park today - surprised that it would close after one day of being open. We saw two rinks with very thin ice. At 4:30 pm, the hockey side was closed - but they were letting skaters on to the pleasure side. The staff there was trying to plug the drainage holes on the hockey pad.

He said that they started flooding on Wednesday Nov. 28th, 2012 (recorded temps: high of 4, low of -3). When they came back on site the next day, Thurs. Nov 29th (recorded temps. high of 8, low -3), they found most of the ice had melted and they had to start again. He said that the hockey pad is uneven, and that even though in some places they had laid down almost a half inch of ice, there was concrete showing in other spots.

There were an additional 2 staff in the office, and 4 pleasure skaters getting laced up.

The pleasure side is listed as opened today! but no hockey.

High Park is once again listed as fully closed.