You are on the [DGMaintenanceHistory] page of folder [Dufferin Rink]

Parks Capital section have said they intend to replace Dufferin Rink in 2020, since it was built in 1993 and is coming up for rebuilding under the SOGR ("state of good repair") budget.

On Sept.28, 2018, we asked (through Freedom of Information) for a log of the various repairs and replacements of Dufferin Rink machinery and rink surface over the last 25 years. At the end of November, FOI staff said that there is no such log and the best they could do is the last five years.

A number of repairs/machinery replacements have been done to the rink since 1993. So CELOS has assembled a partial record here, as a contribution to better record-keeping. 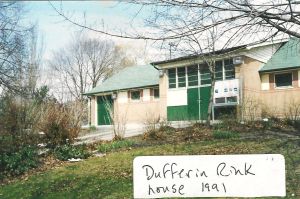 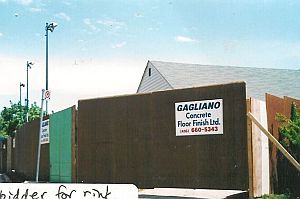 hoardings up in 1992, building demolished

rinkhouse had to be rebuilt twice. Contractor went out of business after

In 2014, the city commissioned a "State of Good repair" (SOGR) report. The report assumed that everything at the rink dates from 1993. But it doesn't. Specific comments on the 2014 recommndations are listed after the rink diary excerpts, here.

Oct.25, 1999: Summers well over, and so the mechanics came to do their pre-season check of the rink's compressor room today. One of them leaned up against the giant ammonia tank, and it moved. He must have jumped pretty high. That tank sits in a heavy steel cribbing, and it weighs quite a few tons. The mechanics looked up at the ceiling and saw that the tank was hanging from the brine pipes that lead into the tank, and actually swaying an inch or two above the cribbing. A look at the floor showed why: the floor had sunk. All around the edges of the room, where the wall used to meet the floor, there was an extra two to three inches of unpainted block. Thats where the floor pulled away as it sank. The worst sinking was under the ammonia tank, where the floor was about three inches lower than it had been. The mechanics raised the alarm. read more

In February, 2004, city staff did an overnight job to replace the shaft seal on a compressor: problem diagnosed by the city's tech services mechanics, confirmed as the problem by CIMCO mechanic. 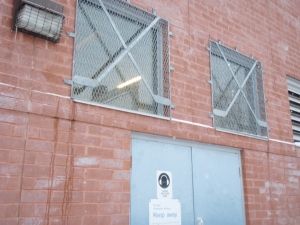 a nice surprise from the city welders

March 12 2004 A couple of pucks went through the compressor-room windows this winter, now that people have started playing shinny hockey on the pleasure-skating side after dark. Tino put in a work order for protective screens on the windows. They put them up at the rink today. The city welder put crossed metal hockey sticks as the screens' reinforcement. The foreman said he didnt want to just have ugly bars to strengthen the screens, so he and the welder decided on a hockey theme. The screens look wonderful  random acts of nice design, by city trades staff. We called the foreman to thank him, and he sounded pretty pleased.

April 2004 From Dufferin Grove Park newsletter: TINY DRILL HOLE CAUSED RINK TO SHUT DOWN EARLY The two giant vats of brownish liquid temporarily located outside the zamboni garage are brine vats. Brine is what circulates in the pipes underneath the concrete surface of the rink, and keeps the ice frozen in the wintertime. The city technical services staff noticed this past winter that there must be a leak in one of the pipes, since the brine (salt and water) needed more topping up than it should. read more

April 27 2004: The drill holes in the rink surface that made the brine leak out all last winter were clumsily camouflaged with some kind of blue-gray putty. Is it possible that the sad and angry zamboni driver from the previous rink season came back after the ice was out and tried to wreck the rink even more? Theres no way of knowing. The hole is patched now. But there might be bigger rink problems. The concrete rink surface is full of cracks.

It's not only Dufferin Rink that has cracks. The newer city rinks -- Campbell, Trinity, and Christie -- all have them. read more

The "state of good repair" consultants' audits, about this rink and a few others in the neighborhood, done three years ago, arrived in the mail today. The technical services manager, Bob Crump, must have sent them off right away. He went to some trouble to explain his spreadsheets. He says the first consultant was doing a visual audit or a snapshot so that may mean somebody went around and looked at what was rusting and said, that needs fixing. Plus they looked at the life expectancy of machinery and building materials according to their dates of purchase, and estimated when theyd need to be replaced. The manager says that the next round of audits later this year would be more in depth.

The kicker is that the manager says none of either this visual audit or the in-depth audit can be done by staff. The electricians, the plumbers, the machinists and the carpenters who have been working around Parks for years or even decades, and who are often being called to fix things, are not part of this loop.

The City trades have occasionally shared how they feel about this state of affairs. They say they hate it. And in fact, none of the things flagged in the SOGR in 2001 had to be done by 2004. read more

February 17 2006: The ice is over 5 inches thick in some places. At 11 p.m. the temperature is minus 9 but compressor is running. I guess the ice is so thick the compressors cant tell the temperature. Tech services says the compressors should turn themselves off half the time during winter, when its cold enough, but maybe thats quite a bit less than half the time when the ice is this thick. A rink that's running its machinery most of the time must be using a lot of power. read more

September 27 2006 Mr.Al Gaanderse visited the park today to have a conversation about this program. He is a city staff rink operator currently seconded to the company that has the energy retrofit contract with the City's arenas and outdoor artificial ice rinks. He is the Project Coordinator, Arenas Energy Retrofit Program. The project is expected to need his services for three years.

The city originally entered into an Arena Energy Retrofit Contract with Vestar Energy (an American company owned by the Cinergy Corporation, a large electrical utility based out of Cincinnati), in December 2004. The contract is for $10.3 million, and its details were not available to the public during the time it was being considered by City Council. CELOS made application to the City of Toronto Corporate Access and Privacy Section to find out the details, but access was not granted. That decision is currently being appealed to the Ontario Information and Privacy Commissioner (Appeal MA-050302-1), begun on February 10, 2006. read more

From the capital projects supervisor, June 13, 2006: "To facilitate the improvements at Dufferin Grove, we will require a staging area where the contractor can store equipment, material and the trench covers. The consultant has recommended 10m of the south pleasure skating rink be reserved for this function....At this point the work can not be delayed and is schedule from Sept 5 to the Sept 22. We will need to work around this schedule....[June 14] The decision to replace the header was made during a visual inspection." read more 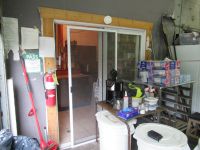 Sometime during the week between Nov.25 and Dec.3, 2014, technical staff found a problem with the motor of the rink's condenser. Inside of 24 hours, they ordered a new condenser motor, brought in a telescoping crane, removed the broken motor (very large and heavy) with a horizonatal crane, and installed a new motor. There was no interruption in the skating schedule, and in fact very few rink users or program staff even noticed the work was going on.

Recommendations from the 2014 SOGR report "State of Good Repair"

Report prepared in 2014 by the CCI Group.

Summary: Minor work is proposed. The structure consists of a steel framing and concrete masonry walls supported on a poured concrete foundation. No significant repairs have been undertaken in previous years. [Ed.note: actually there were major repairs in 1999: see the Dufferin Rink diary]. Proposed short term work includes refurbishment of exterior doors [note: see FRED note above], replacement of dasherboards [note: replaced every year], and interior flooring [note: flooring replaced twice since 1993]. No parking is provided at this location. CCI Group was accompanied by Parks supervisor Paul Brown.

Rating: poor: Stainless steel sink in the Refrigeration Room is corroding. Allow for short term replacement. [Note: Cost to repair listed as $10,000 -- for one sink?]

- Exterior masonry brick walls on all sides of the building is in fair condition. Minor efflorescence was observed. Allow for further investigation and refurbishment [ed.note: photo only shows the part where a giant graffiti was chemically removed; chemical residue, not efflorescence?].

- $11,310 The exposed ceiling is in good condition. Allow to clean and seal the exposed structure

$12,000 No access to the domestic water heater and boiler located in adjacent room to the Compressor Room. Allow for future replacement [ed.note: why did the inspectors not have a key? In fact, there are too many water heaters in the room -- two are scheduled to be removed]

$15,000 The sanitary drainage is underground. No issues reported. [Ed.note: there were big issues in 1999: see the Dufferin Rink diary]. Allow for future replacement. 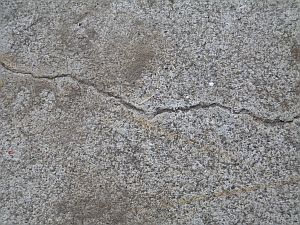 some cracks are deep enough to feel 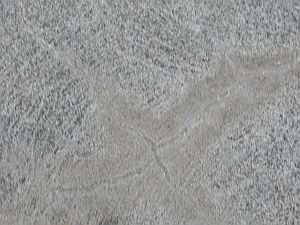 some can be seen but not felt

Some of the rink slab cracks have been around since almost the beginning (see above). There are many cracks, which vary in length, some only a few feet, one measured at 29 feet. There are also other slightly rougher bits. read more