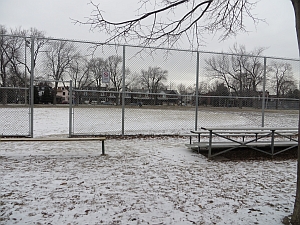 only dirt mixed with snow on the diamond

There's no sign that anyone is making ice this year, at least, not yet.

Park neighbours report that there have been shinny games on the rink.

At 10 pm there were no skaters but the rink looked like it might have been flooded recently. It seems to have stood up well to the rain and warmer weather of the past two days. 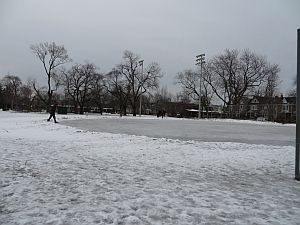 From rink committee member Folkard: "There is great news regarding the ice rink! Frank and his friends did an amazing job in building the rink and folks are skating already. It's happening! Thank you so much!" 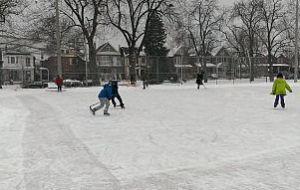 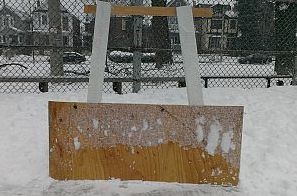