You are on the [HowRinksWork] page of folder [City Rinks (Home)] 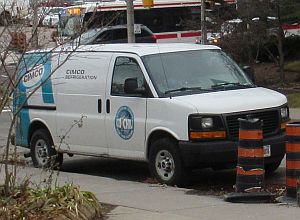 Most of the outdoor rinks in Toronto were bought from the CIMCO company, which also installed them and services them -- they have a maintenance contract with the city's government.

The terms of the current contract are here. The contract was adopted by the Bid Award Panel on October 17, 2018, the record is here. According to the parks manager, the contract did not begin until one (1) week before the rinks were due to open, i.e. presumably on Nov. 17.

So that would be the reason why nobody knew until a few days before the rinks were scheduled to open, that some couldn't open on time (or open at all, in case of Ramsden and Rivercrest).

Beyond that, it's the practice of city staff to say as little as possible when anything goes wrong. And when rink users went to Freedom of Information (FOI) to track what kind of maintenance any individual rinks have been getting [in our case, Dufferin Rink for only the past 5 years], this was the answer:

"The records...are not available [as] an electronic list...A search would include hardcopy and electronic records of numerous current and retired staff, including reviewing five years of log books to locate any relevant notations....Access, therefore, cannot be granted."
Freedom of Information request 2018 - 02165

One of the mysteries here is that in 2004, the City government undertook an upgrade to its municipal book-keeping, first meant to cost about $7 million, and then in 2008 switched to a "full SAP build-out" eventually bringing the cost to more than $71 million. The system, called FPARS, is based on a data warehouse concept, and the data warehouse is supposed to collect detailed accounting and budget information from all divisions and agencies. Some analysts have suggested that FPARS is broken, despite its cost. (See for example this essay, pages 6 and 7). The FOI response above may be a clue that the analysts are right.

The parks manager has said that he may be able to allow CELOS to take a tour of the refrigeration machinery room in mid-January. (There have been repeated unacknowledged requests to do this.) The city's Capital Projects division plans to replace the machinery with a different system in 2020, and given their record with other park projects, it's a good idea for park friends to get more information before the work goes ahead.

As part of this attempt to find out how Dufferin Rink works and what's needed to keep it working for skaters, we contacted CIMCO in early December. We sent a short list of questions about outdoor rink refrigeration. David Sinclair, general manager of the Ontario division of CIMCO, spoke to me (Jutta Mason) for 3/4 of an hour. His answers are here.