This rink opened 5 days late. When we asked the rink staff why, he said he thought it just took them longer to make ice. Now the ice looks good. But it was windy and cold. At 11.15 a.m. there were three boys on the ice, kicking a puck around, obviously hoping to play shinny. But it wasn't allowed. Then a dad came with two kids, hoping just to skate. They had to change outside in the cold because the change rooms are being renovated, and so the space was locked. However, the washrooms were open, and warm.

A first-time visitor to the rink said that the whole square looked a bit down on its luck. 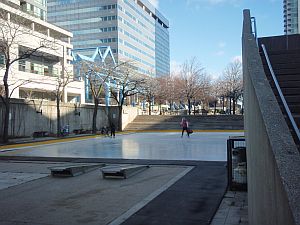 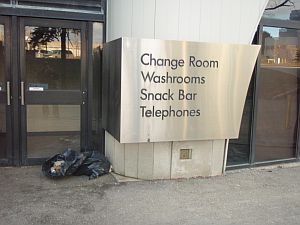 looking for the change room, garbage by the stairs 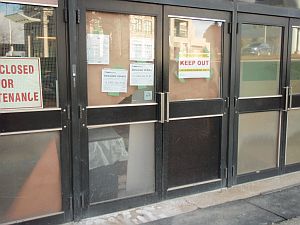 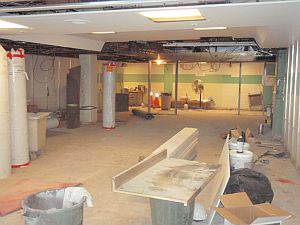